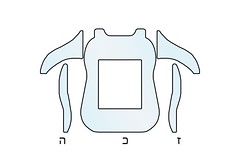 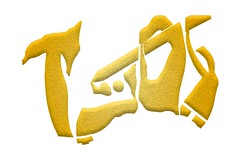 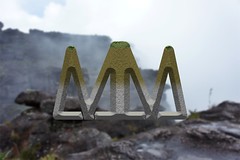 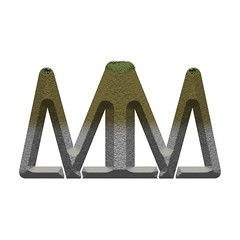 DISCLAIMER: This was originally posted on Odyssey.

I read this for my British Literature class when I was enrolled in Brookdale Community College. This was one of the stories that really grabbed my attention. It was written in 1899, right around the time when Modernism started phasing out Victorianism in Britain.

An older Marlowe talks about his experience navigating through the Congo River to a crew. Through connections with his aunt, he managed to go to an African colony to take up an assignment of tracking down Mr. Kurtz who was missing for months. The story is essentially a big monologue. The only moment when the story breaks is when he’s fretting about some shoes that he disposed of. He interrupts his story to lecture the crew that they should be grateful for having a pair of shoes that are easily replaceable, if not being surrounded by butchers and police and all of the necessities of a stable society.

The main character, Marlowe, works on a boat, who’s crew he narrates his tale to. He often spins yarns about his adventures all over the world, but he tells this particular story of being in Africa.

He possessed little faith in the crew that he accompanied to Africa. He pointed out their hypocrisy that they would lie and cheat just to have better access to ivory and yet they’re supposed to be part of the sophisticated British empire. I was confused whether they were traders or real pilgrims, since he always calls them pilgrims.

Kurtz was sent on an expedition to extract more ivory, but he gets too deep and Marlow is sent to retrieve him. The more Marlow knows about Kurtz, the more he starts to understand why he went down that path.

The novel deals with the dichotomy of civilization/savagery. It’s about Marlowe leaving Britain, the center of the empire and the representation of sophistication, and going down the Congo River where there is danger (and not just from the natives). There was a part where Marlowe is on the steamboat with the Swede commanding it and he basically tells him, “Yeah it’s great that these government chaps are making some money, but I want to see them get deep into the wilderness.” This separates the colonial administration from the jungles that await him.

But that dichotomy is on the surface, as Marlowe begins to understand that there is no differentiation. When talking about a tribe pursuing them, Marlowe basically says that deep down inside, all human beings are about as savage. Marlowe begins his yarn by harkening back to the time when the Romans conquered Britain. This was to compare them to the British conquering Africa and suggests that imperialism is cyclical and there’s no real end to it, which adds to his present cynicism.

Essentially this novella is representative of that transition from Victorian literature to Modernist literature, as there is the Victorian element of the vast British empire ruled by Queen Victoria, but then it starts getting into details of realism, such as the brutality that is associated with expanding that empire and disregarding the very rules of conduct that civilization was built upon.

Conrad writes grandiloquent yet blunt language in Marlowe’s perpetual monologue to convey his cynicism. Marlowe describes imperialism, to paraphrase, as conquering the world, but actually they’re just taking it from people who look different from them. Ivory is mentioned often as a single-word sentence, almost as though it is an ominous warning against the plight of greed for Marlowe and his party. In disliking being lied to, he goes on a diatribe, which I memorized by heart, which is:

“You know I hate, detest, and can’t bear a lie, not because I am straighter than the rest of us, but simply because it appalls me. There is a taint of death, a flavor of mortality in lies–which is exactly what I hate and detest in the world–what I want to forget. It makes me miserable and sick, like biting something rotten would do. Temperament, I suppose.”

Not only can this quote be applied to his frustration at being cheated on the type of boat he was given, but it also the myth that imperialism is a noble cause for spreading civilization, when really it does the exact opposite as Marlowe witnessed in the colony.

There are parts that show, however, that Conrad was a product of his time period, with the frequent use of the “n” word. Indeed, it was why Nigerian writer Chinua Achebe wrote “Things Fall Apart,” as a response to Conrad. I will not take a strong position, but I think that “Heart of Darkness” is not meant to be taken as a strict piece of anthropological study of Africans and Marlowe is not someone to be taken into serious consideration due to his status as a jaded anti-hero simply recounting his own experience.

There are a lot of colorful adjectives used to describe something vague in appearance the best possible way. I think this connects to Marlowe’s time as a seaman and constantly looking through the fog to see what lies beyond it. As an assignment, I was told to just read as much as I can; I ended up reading ten pages (mind you this anthology had tiny print). That’s how enamored I was of the style of writing.

Marlowe also describes the Congo River as a snake, as evidenced by the headline photo of this review. He recounts how when he was a boy, prior to the colonization of Africa, he was fascinated by the blank spaces in the maps and always wanted to go exploring them. It was later when he found that the blank spot in the Congo turned out to be the Congo River, which was compared to a snake slithering into the heart of Africa. This would be Conrad’s way of writing that the pursuit of greed and converts really is venomous and all-constricting.

The very title itself, “Heart of Darkness,” is mentioned a lot when referring to that line between civilization and savagery. In fact, the word “darkness” frequently appears throughout the text.

A Wondrous Glimpse into the Darkness

This is truly a gritty story to get through, but it inspired me to get more into Joseph Conrad and I hope to review more of his work in the future.

View all posts by RobertScottIII